In U.S., Climate Change Upped Odds for Hottest March Ever

Last week the National Oceanic and Atmospheric Administration (NOAA) released temperature data showing that, in the contiguous United States, March 2012 was warmer than any other March on record. In fact, last month broke 15,272 high-temperature records and averaged fully 8.6 F warmer than the 20th-century average for March in the United States. The data also show that the years full first quarterJanuary, February, and Marchwas also the warmest ever recorded.

This years oddball winter has left many Americans wondering to what extent the anomalous heat, premature blooms, and early onslaught of allergy-provoking pollen across much of the United States can be attributed to human-caused .

No individual weather patternnot even one lasting three-monthscan be definitively attributed to human-induced climate change, or any other single cause. But scientists have known for some time that the likelihood of unusually warm seasons is increasing as a result of emissions of heat-trapping gases generated by human activities.

According to a study published in the journal Climatic Change Letters, high summer-season temperatures that used to occur in the United States only 5% of the time (i.e. one year in 20) are now occurring at least 30% of the time throughout the lower 48 states.

While the weather may have been pleasant, warmer than usual winter and spring temperatures create real problems. Earlier melting of mountain snow, for example, increases water scarcity in the western United States and makes the wildfire season longer and more severe. Studies have already shown that recent dramatic increases in wildfire area burned in the West are closely linked to climate change.

We also know that extreme temperatures will become more and more frequent as the climate continues to change. The UN-sponsored Intergovernmental Panel on Climate Change (IPCC) concluded in a recent report that there is a greater than 99% chance that extreme temperatures will become more frequent. The Climatic Change Letters study projects, for example, that by the middle of this century, summer-season temperatures that used to occur only 5% of the time and now occur at least 30% of the time will occur at least 70% of time across the United States. 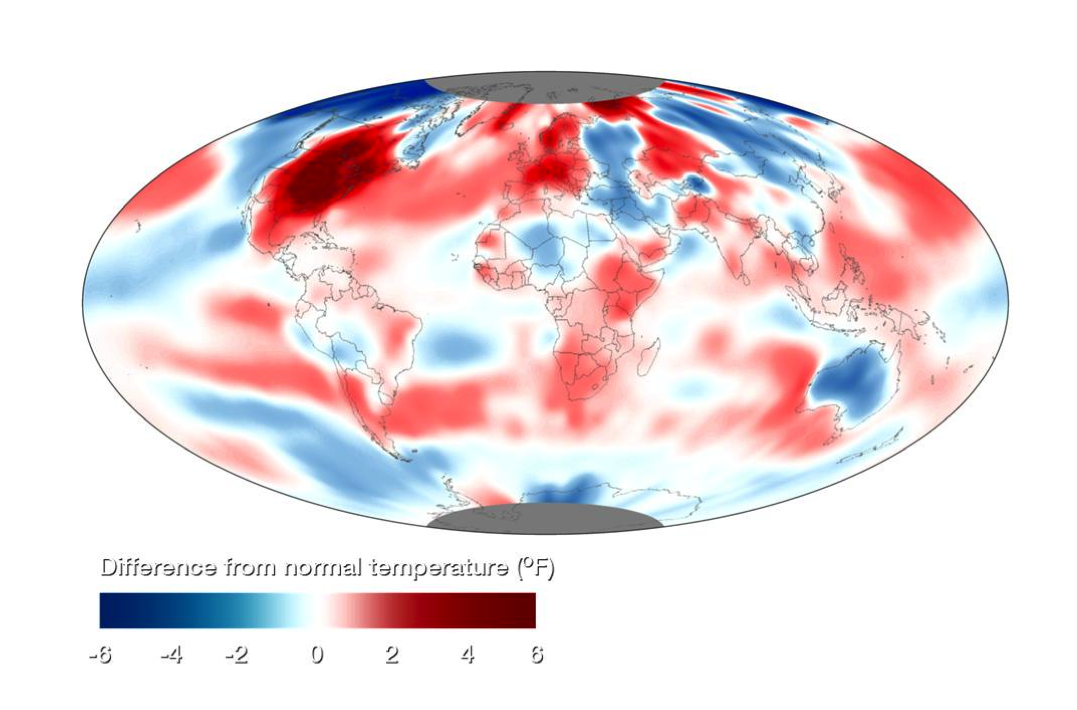 The warm temperatures experienced this March are clearly consistent with whats expected from climate change. But we cant say definitively that this Marchs heat happened because of climate change any more than we can say a persons lung cancer developed because of his or her smoking habit. Theres always a chance, however small, that the individual would have developed lung cancer anyway.

Fortunately, understanding and responding to climate change does not require nailing down the cause of every unusual weather event.   Simply knowing that climate change significantly increases the of is enough to justify action today.

The heat of March 2012 is an important teachable moment for Americansnot because it was definitely caused by climate change, but because it reminds us that climate change is happening now, that its having tangible impacts, and that we, as a Nation, would be wise to respond.

To read the full National State of the Climate report for March 2012, please visit: http://www.ncdc.noaa.gov/sotc/national/2012/3

To read the full Global State of the Climate Report for March 2012, please visit: http://www.ncdc.noaa.gov/sotc/global/2012/3