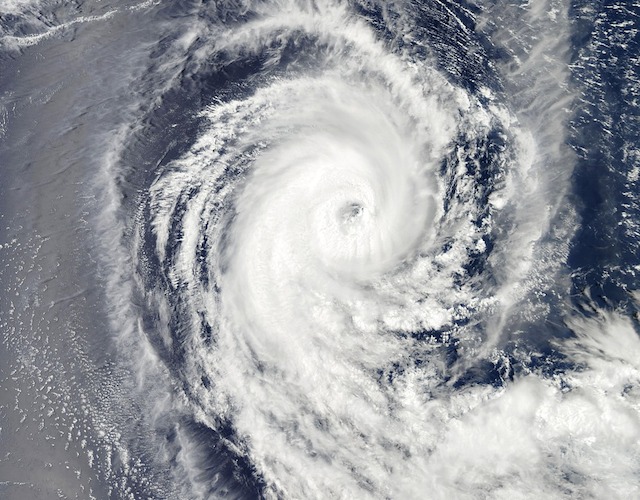 A NOAA-led study finds that over the past 30 years, the location where tropical cyclones reach maximum intensity has been shifting toward the poles in both the northern and southern hemispheres at a rate of about 35 miles, or one-half degree of latitude, per decade.

According to the study—published recently in the journal Nature—the amount of poleward migration varies by region. The greatest migration is found in the northern and southern Pacific and South Indian Oceans; there is no evidence that the peak intensity of Atlantic hurricanes has migrated poleward in the past 30 years.

As tropical cyclones move into higher latitudes, some regions closer to the equator may experience reduced risk, while coastal populations and infrastructure poleward of the tropics may experience increased risk. With their devastating winds and flooding, tropical cyclones can especially endanger coastal cities not adequately prepared for them. Additionally, regions in the tropics that depend on cyclones' rainfall to help replenish water resources may be at risk for lower water availability as the storms migrate away from them.