Tom Karl, Chair of the Subcommittee on Global Change Research, Retires After 41 Years in Federal Service 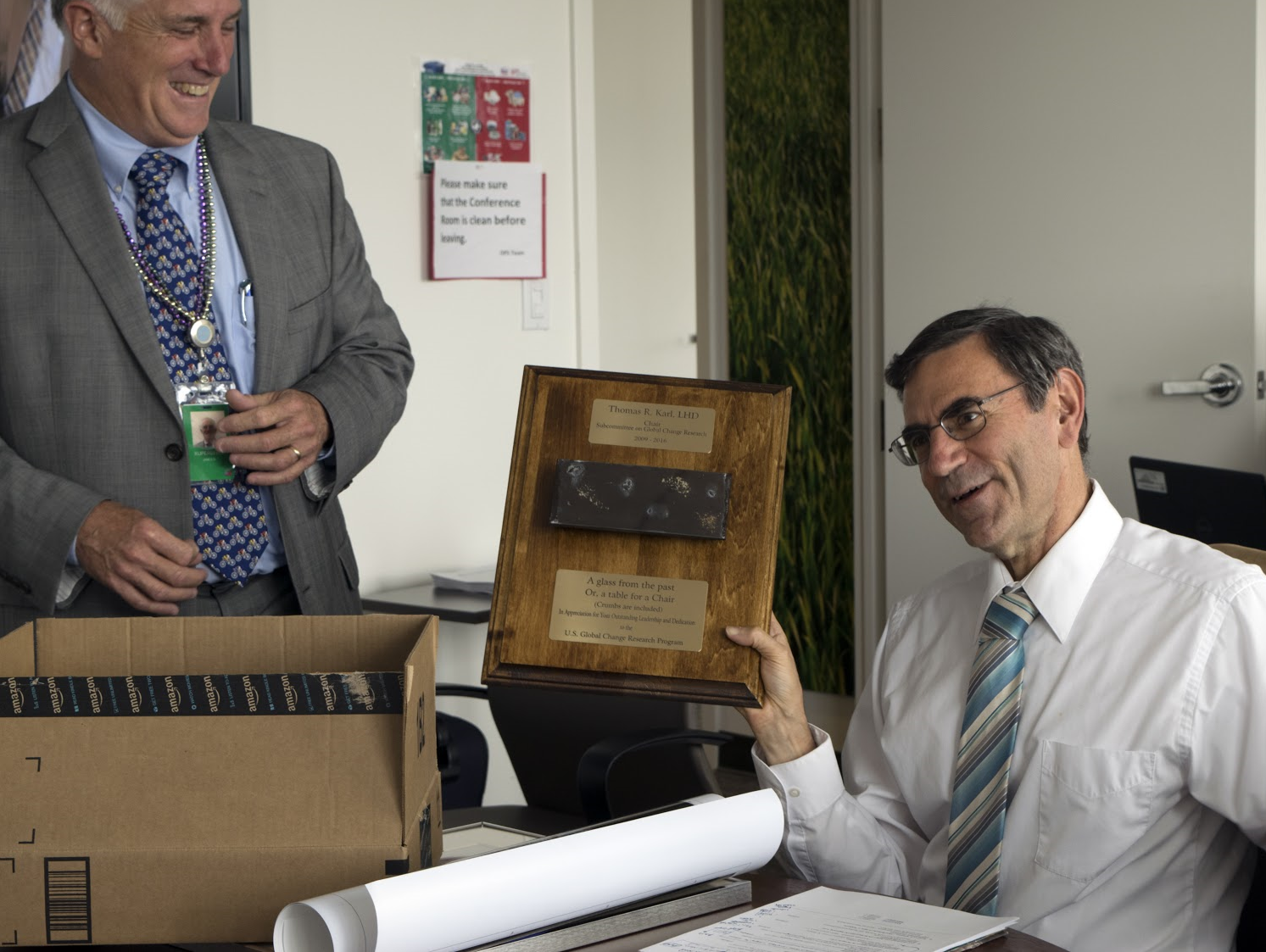 After a 41-year career at the forefront of climate science, Tom Karl, Director of the National Centers for Environmental Information (NCEI) and Chair of the Subcommittee on Global Change Research (SGCR), has retired from Federal service.

Tom served his entire career with NOAA, taking the reins of NCEI (formerly the National Climatic Data Center) in 1998, and conducting pioneering research on global climate change and the shift in weather and climate extremes in a warming world. He has been deeply involved with the U.S. Global Change Research Program (USGCRP) since 2000, serving as Co-Chair of the first two National Climate Assessments, and directing the third.

In a testament to his scientific integrity and contributions to climate science, Dr. John Holdren, President Obama’s Science Adviser, appointed Tom as Chair of the SGCR, which oversees USGCRP, in 2010. During Tom’s six years as Chair, USGCRP released the Third National Climate Assessment and its current 10-year Strategic Plan, which reflected a greater focus on decision support, sustained scientific assessment, and engagement, supported by USGCRP’s longstanding strength in fundamental global change research.

Tom’s career-long dedication to collaboration led to his ongoing participation in international climate science efforts. From 1990-2009, Tom served as convening and lead author and review editor of each of the major Intergovernmental Panel on Climate Change (IPCC) assessments. Under Tom’s leadership, USGCRP led the U.S. technical input and review roles in IPCC’s fifth assessment, while Tom led the U.S. delegation which approved the report.

With six years left under the strategic plan that Tom helped to shape, USGCRP is well positioned to lead the 4th National Climate Assessment process, further advance the science of global change, and increasingly support products that meet the needs of a range of decision makers in a changing world. We thank Tom for his service and his leadership, and wish him the best in his next adventure.