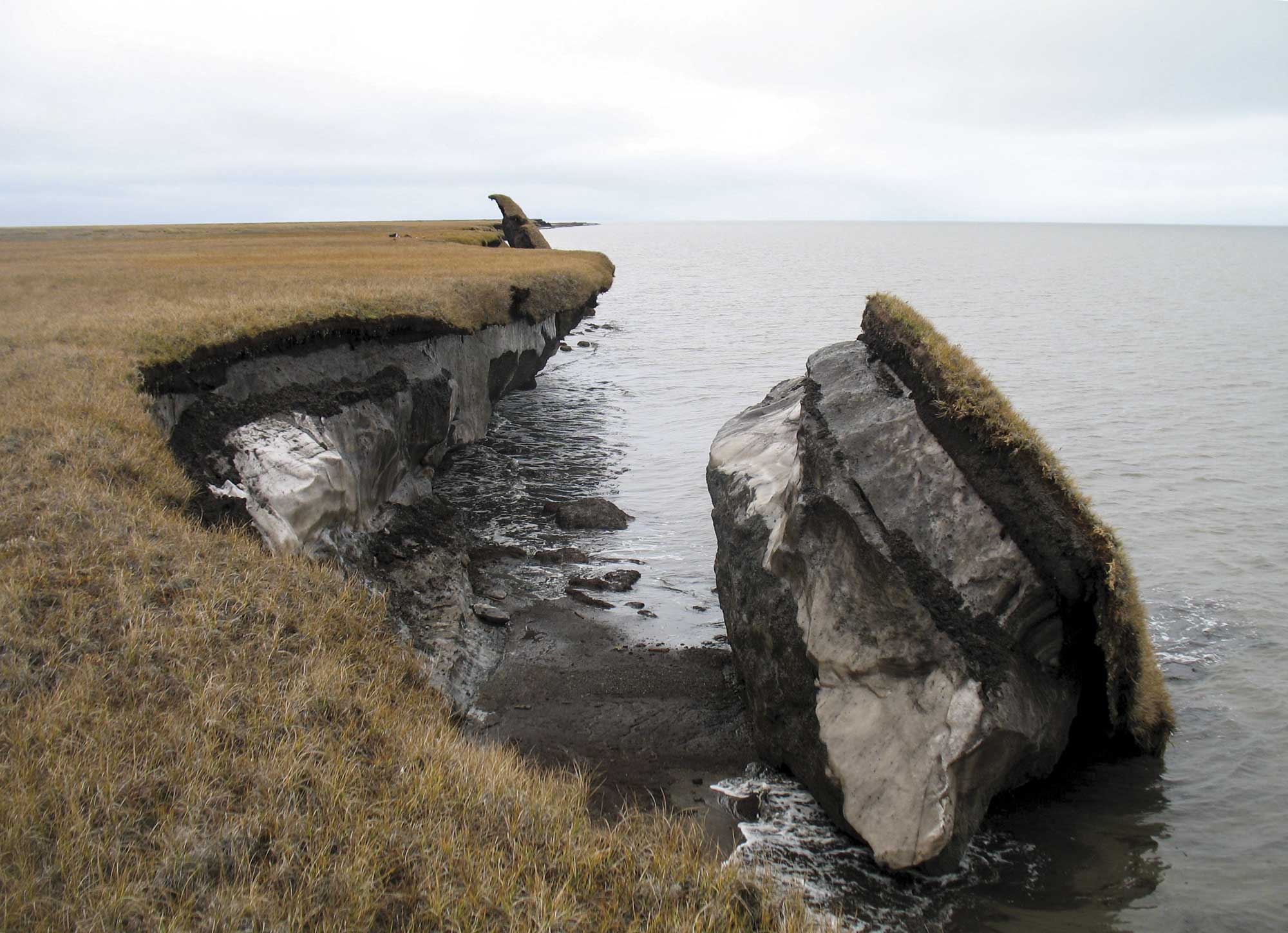 A new synthesis published in Nature suggests a gradual, prolonged release of greenhouse gases from Arctic permafrost as the climate warms.

Previously, scientists had theorized that as permafrost thawed, it would release carbon in a sudden “bomb” that would rapidly accelerate climate warming. The new synthesis does not support this idea, indicating instead a slow but steady release that might give society more time to adapt.

Permafrost, a layer of soil that remains frozen throughout the year in high-latitude regions, currently holds about twice as much carbon as the atmosphere. As permafrost thaws under rapidly rising Arctic temperatures, microbes in the soil become more active, breaking down organic carbon and accelerating the release of carbon dioxide and methane into the air. These natural greenhouse gas emissions increase climate warming, and while they may occur gradually, they nevertheless add to the challenge of climate mitigation.

“If society’s goal is to try to keep the rise in global temperatures under 2 degrees C [3.6 degrees F] and we haven’t taken permafrost carbon release into account in terms of mitigation efforts, then we might underestimate [the] amount of mitigation effort required to reach that goal,” said A. David McGuire, a co-author of the study and a senior scientist with the U.S. Geological Survey. In terms of the effects on the carbon cycle, McGuire said the rate of permafrost emissions through the year 2100 is likely to be “of the same order as the current rate of tropical deforestation”.

Several USGCRP member agencies contributed expertise or funding to this research, including the U.S. Geological Survey, the National Science Foundation, the Department of Energy, the National Oceanic and Atmospheric Administration, and NASA.