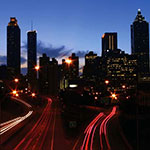 Featured by EPA, a member of the U.S. Global Change Research Program

Is there a link between climate change and violent crimes? Scientists at EPA and the Emory University School of Medicine are investigating whether hotter temperatures affect violent crimes, such as assault, robbery, rape, and murder.

In a recent paper published in the Western Journal of Emergency Medicine, Temperature and Violent Crime in Dallas, Texas: Relationships and Implications of Climate Change, researchers examined the relationship between daily temperature and daily incidence of violent crime in Dallas from 1993 to 1999.

To explain their findings, the researchers hypothesized that when it gets very hot people stay indoors where it is cooler. As a result, street crime and other crimes of opportunity are decreased.

Researchers also noted this is just one city and one study. Would they get the same results in different cities with different ranges of daily temperatures? To answer this question, the scientists are conducting analyses of multiple U.S. cities including Atlanta, Denver, Houston, and Chicago, and re-doing the analysis for Dallas using more recent data. 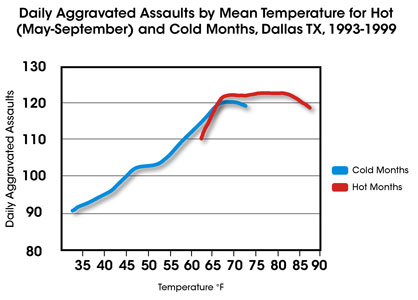