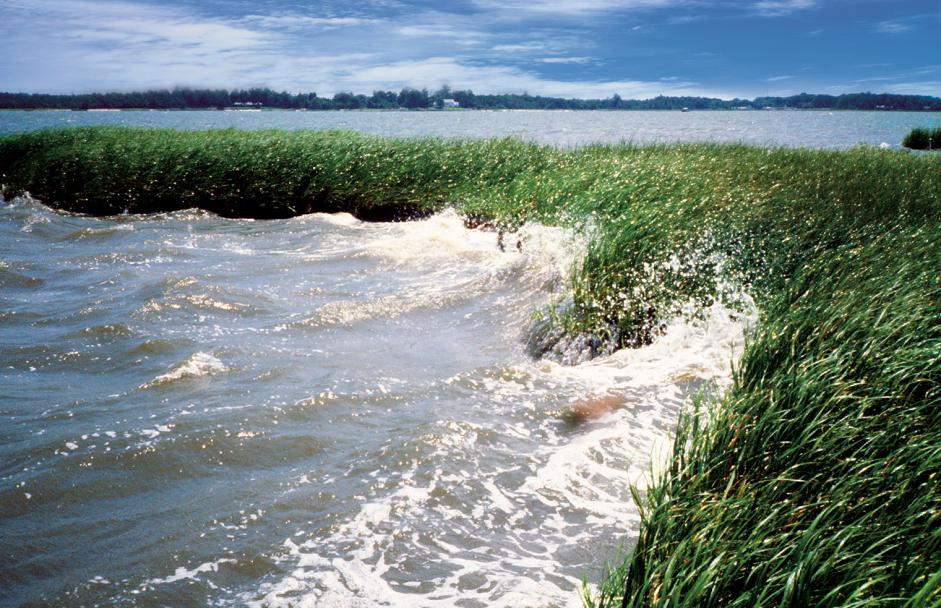 Featured on USGS, a member of the U.S. Global Change Research Program

Rates of sea level rise are increasing three-to-four times faster along portions of the U.S. Atlantic Coast than globally, according to a new U.S. Geological Survey report published in Nature Climate Change. Since about 1990, sea-level rise in the 600-mile stretch of coastal zone from Cape Hatteras, N.C. to north of Boston, Mass. -- coined a "hotspot" by scientists -- has increased 2 - 3.7 millimeters per year; the global increase over the same period was 0.6 - 1.0 millimeter per year.

Based on data and analyses included in the report, if global temperatures continue to rise, rates of sea level rise in this area are expected to continue increasing. The report shows that the sea-level rise hotspot is consistent with the slowing of Atlantic Ocean circulation. Models show this change in circulation may be tied to changes in water temperature, salinity and density in the subpolar north Atlantic. Read More