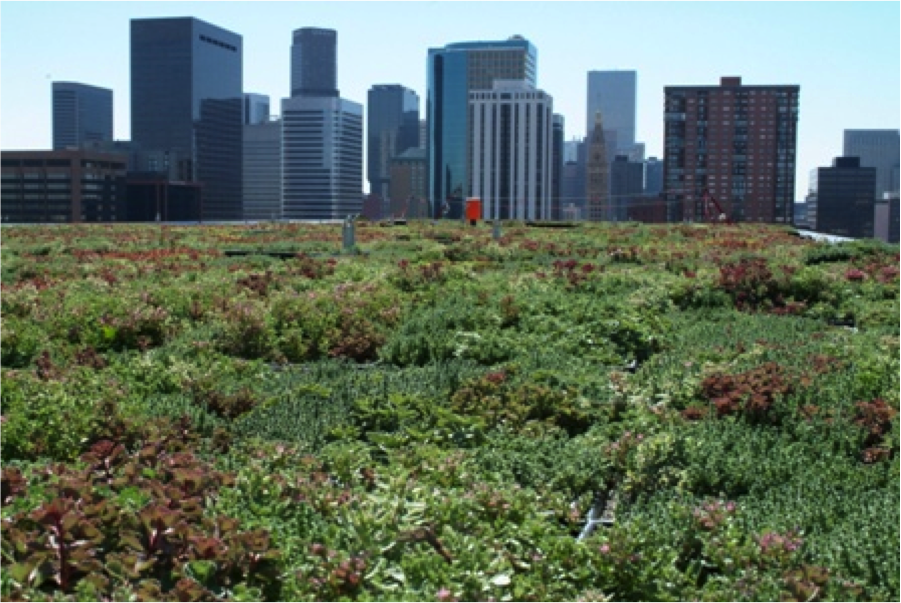 Three types of roofing can help to cool urban heat islands, according to a study by Environmental Protection Agency (EPA) researchers and collaborators recently published in the Proceedings of the National Academy of Sciences.

Urban heat islands are created in metropolitan areas when high ambient temperatures combine with heat coming off numerous nearby roofs, pavement, and other elements. The study focused on three types of roofing that could mitigate this effect: “cool” (coated in a reflective material to eliminate heat buildup), “green” (vegetated), and “hybrid” (vegetated with reflective plants). Hybrid roofs, which are a new concept and not yet available, would be constructed with light-colored plants that have higher reflectivity (similar to cool roofs) and also have the advantages of green roofs, like water retention.

The authors found that any of these roofing options can cool urban heat islands, thereby reducing the impacts of global climate change by cooling metropolitan regions. Lead author Matei Georgescu, a sustainability scientist at Arizona State University, explains: “What we found for cool, green, and hybrid roofs is that they don’t just offset urban expansion—they can offset additional warming.”

While all three have positive environmental implications, green roofs have less heat-mitigating power than cool roofs, but cool roofs may mean that additional heating is needed during the winter in some areas. Hybrid roofs offer some potential to address both issues in this tradeoff but are in a much earlier stage of development.

Chris Weaver, Deputy Executive Director of USGCRP (on detail from EPA) and a coauthor of the study, adds: “The built environment is going to be such a big part of societal responses to climate change, both in terms of adaptation and mitigation. We’re encouraged by the interest in our work, and we hope to see more of these kinds of studies that quantitatively assess how to use urban and sustainability planning in support of future climate resilience.”