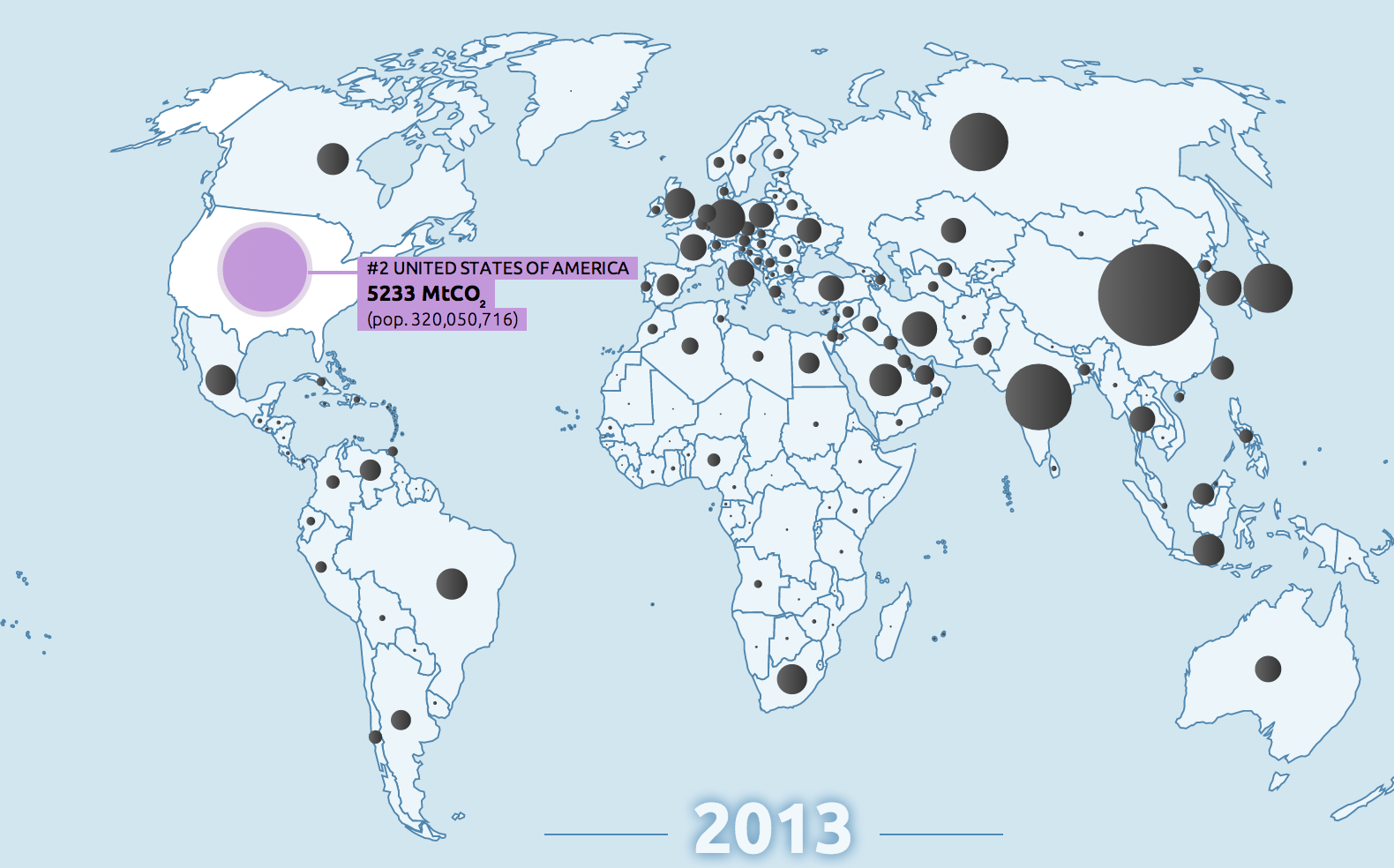 The Global Carbon Project has released its Global Carbon Budget for 2014, shining a spotlight on rising carbon dioxide emissions and their significance for international efforts to reduce climate change.

The 2014 Budget comprises four analyses that present emissions data for 2013, projections for 2014, and implications for future climate change and energy choices. The latest emissions data are also available to explore interactively through the Global Carbon Atlas, worldwide and by country.

According to the Budget, global carbon dioxide (CO2) emissions from fossil fuel use and cement production grew to a record high of 36 billion tons in 2013 (a finding consistent with 2013’s record-breaking atmospheric greenhouse gas levels), while emissions from deforestation were relatively low at 3.3 billion tons. The largest emitters were China, the United States, the European Union, and India, together accounting for 58% of the global emissions and 80% of the growth in 2013. Fossil fuel CO2 emissions are projected to increase by 2.5% in 2014, pushing the total CO2 emissions from all sources above 40 billion tons.

Why do these numbers matter? To have a likely (66%) chance of limiting global warming to two degrees Celsius above pre-industrial levels (an international target for climate change mitigation), the Budget shows that the total amount of CO2 emitted since the pre-industrial period would need to remain below about 3200 billion tons. About 2/3 of this quota has already been used, and the remaining third will last for about 30 years, or one generation, if emissions continue at current levels. Moreover, that remaining third will be shared globally, meaning that international cooperation will determine whether mitigation measures are implemented widely and quickly enough to stay within the two-degree limit.

The four analyses comprising the 2014 Global Carbon Budget include: