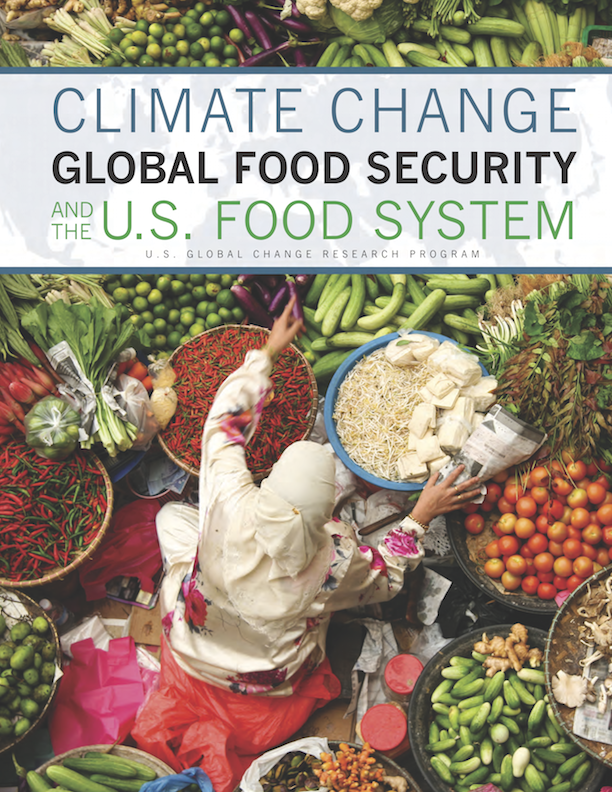 Climate change is likely to impede progress on reducing undernourishment around the world in the decades ahead, according to a scientific assessment released by the U.S. Department of Agriculture (USDA) during 21st Session of the Conference of the Parties to the UN Framework Convention on Climate Change (COP 21) in Paris. Climate Change, Global Food Security, and the U.S. Food System, which was prepared as a contribution to the National Climate Assessment, represents a consensus of 31 authors and includes contributors from 19 Federal, academic, nongovernmental, and intergovernmental organizations in four countries. It identifies climate change effects on global food security (the ability to obtain and use sufficient amounts of safe and nutritious food) and the challenges facing farmers and consumers in adapting to changing climate conditions.

"The past six years have been a success story in terms of global food security. Two hundred million fewer people are food insecure today than they were six years ago. The challenge we now face is whether we can maintain and even accelerate this progress despite the threats from climate change," said Agriculture Secretary Tom Vilsack.

"The report found that climate change is likely to cause disruptions in food production and a decrease in food safety, which in turn leads to local availability limitations and increases in food prices, with these risks greatest for the global poor and in tropical regions," said Dr. John Holdren, Assistant to the President or Science and Technology and Director of the White House Office of Science and Technology Policy. "Accurately identifying needs and vulnerabilities, and effectively targeting adaptive practices and technologies across the full scope of the food system, are central to improving global food security in a changing climate."

Major findings of the report are: