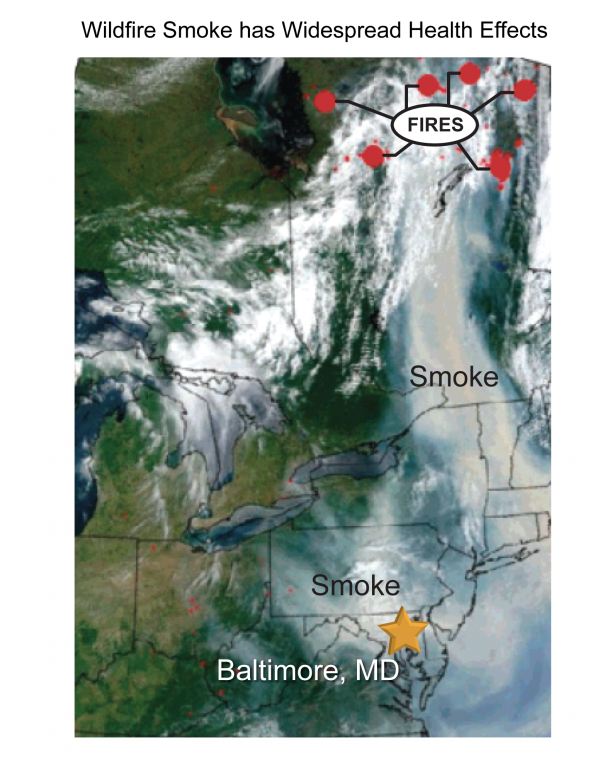 Wildfires, which are projected to increase in some regions due to climate change, have health impacts that can extend hundreds of miles. Shown here, forest fires in Quebec, Canada, during July 2002 (red circles) resulted in up to a 30-fold increase in airborne fine particle concentrations in Baltimore, Maryland, a city nearly a thousand miles downwind. These fine particles, which are extremely harmful to human health, not only affect outdoor air quality, but also penetrate indoors, increasing the long-distance effects of fires on health. An average of 6.4 million acres burned in U.S. wildfires each year between 2000 and 2010, with 9.5 and 9.1 million acres burned in 2006 and 2012, respectively. Total global deaths from the effects of landscape fire smoke have been estimated at 260,000 to 600,000 annually between the years 1997 and 2006. (Figure source: Moderate Resolution Imaging Spectroradiometer (MODIS) instrument on the Terra satellite, Land Rapid Response Team, NASA/GSFC).