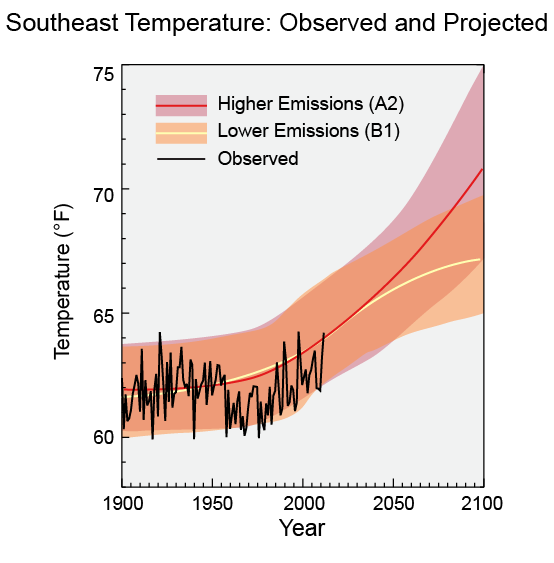 Observed annual average temperature for the Southeast and projected temperatures assuming substantial emissions reductions (lower emissions, B1) and assuming continued growth in emissions (higher emissions, A2). For each emissions scenario, shading shows the range of projections and the line shows a central estimate. The projections were referenced to observed temperatures for the period 1901-1960. The region warmed during the early part of last century, cooled for a few decades, and is now warming again. The lack of an overall upward trend over the entire period of 1900-2012 is unusual compared to the rest of the U.S. and the globe. This feature has been dubbed the “warming hole” and has been the subject of considerable research, although a conclusive cause has not been identified. (Figure source: adapted from Kunkel et al. 2013).