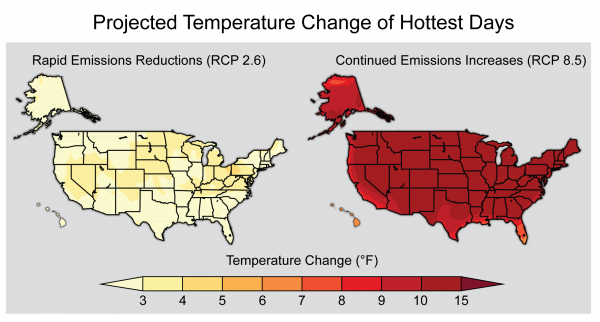 The maps show projected increases in the average temperature on the hottest days by late this century (2081-2100) relative to 1986-2005 under a scenario that assumes a rapid reduction in heat-trapping gases (RCP 2.6) and a scenario that assumes continued increases in these gases (RCP 8.5). The hottest days are those so hot they occur only once in 20 years. Across most of the continental United States, those days will be about 10ºF to 15ºF hotter in the future under the higher emissions scenario. (Figure source: NOAA NCDC / CICS-NC).