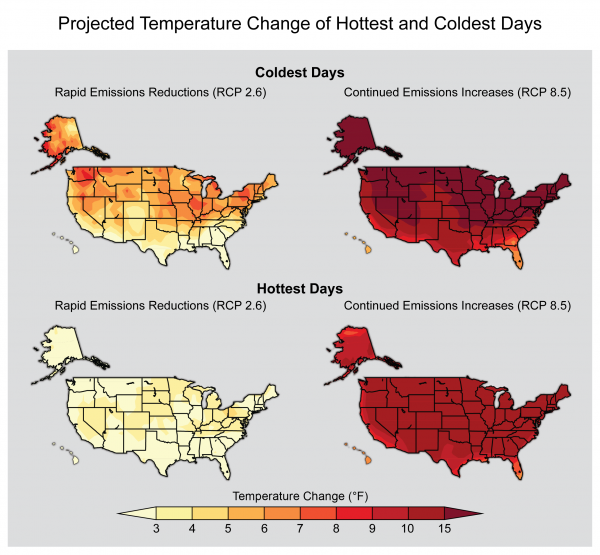 Change in surface air temperature at the end of this century (2081-2100) relative to the turn of the last century (1986-2005) on the coldest and hottest days under a scenario that assumes a rapid reduction in heat trapping gases (RCP 2.6) and a scenario that assumes continued increases in these gases (RCP 8.5). This figure shows estimated changes in the average temperature of the hottest and coldest days in each 20-year period. In other words, the hottest days will get even hotter, and the coldest days will be less cold. (Figure source: NOAA NCDC / CICS-NC).