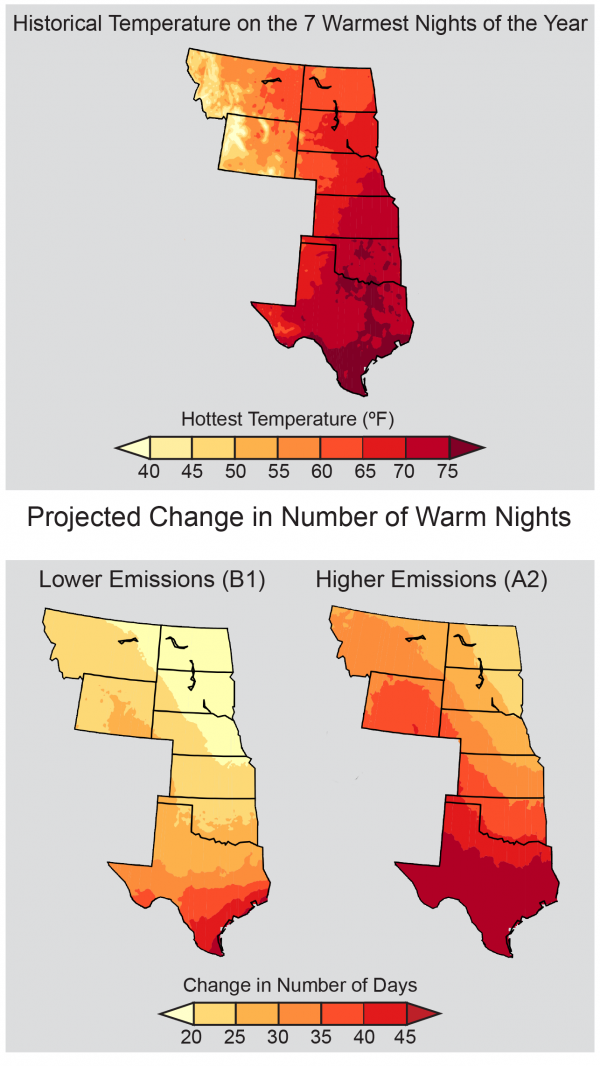 The number of nights with the warmest temperatures is projected to increase dramatically. The historical (1971-2000) distribution of temperature for the warmest 2% of nights (Top: about seven days each year) echoes the distinct north-south gradient in average temperatures. By mid-century (2041-2070), the projected change in number of nights exceeding those warmest temperatures is greatest in the south for both the lower emissions scenario (B1) and for the higher emissions scenario (A2). (Figure source: NOAA NCDC / CICS-NC).