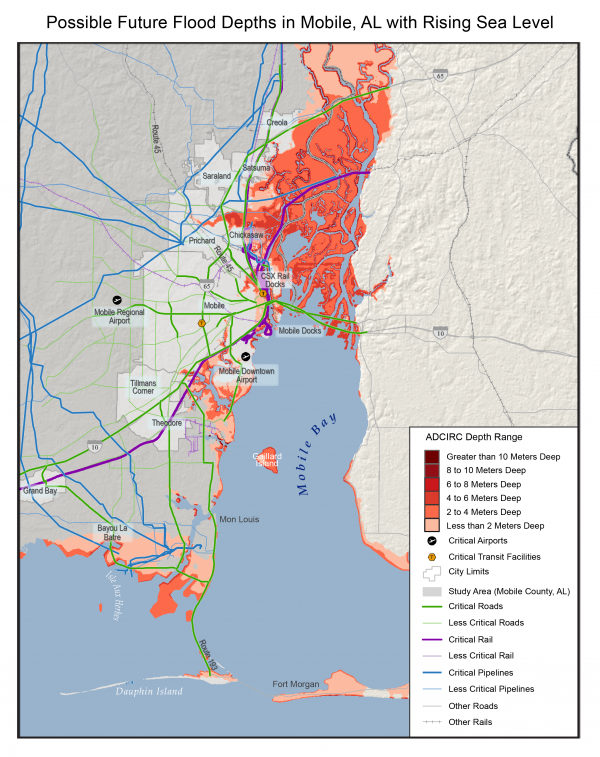 Many coastal areas in the United States, including the Gulf Coast, are especially vulnerable to sea level rise impacts on transportation systems.,, This is particularly true when one considers the interaction among sea level rise, wave action, and local geology. This map shows that many parts of Mobile, Alabama, including critical roads, rail lines, and pipelines, would be exposed to storm surge under a scenario of a 30-inch sea level rise combined with a storm similar to Hurricane Katrina. Not all roads would be flooded if they merely run through low areas since some are built above flood levels. A 30-inch sea level rise scenario is within the range projected for global sea level rise (Ch. 2: Our Changing Climate, Key Message 10). (Figure source: U.S. Department of Transportation 2012