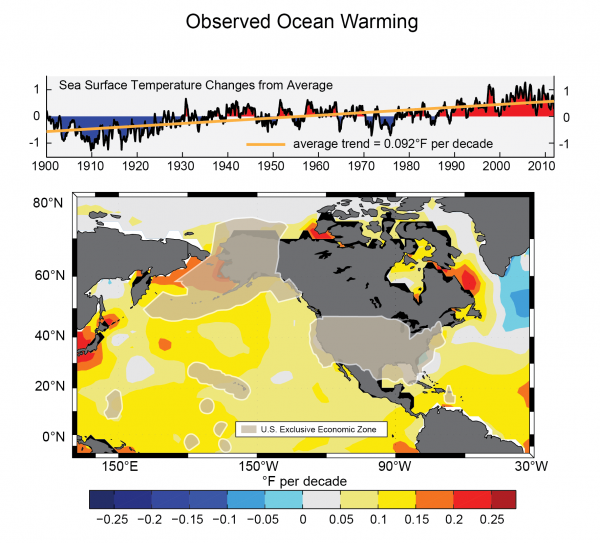 Sea surface temperatures for the ocean surrounding the U.S. and its territories have warmed by more than 0.9°F over the past century (top panel). There is significant variation from place to place, with the ocean off the coast of Alaska, for example, warming far more rapidly than other areas (bottom panel). The gray shading on the map denotes U.S. land territory and the regions where the U.S. has rights over the exploration and use of marine resources, as defined by the U.S. Exclusive Economic Zone (EEZ). (Figure source: adapted from Chavez et al. 2011).