Human Influence on the Greenhouse Effect 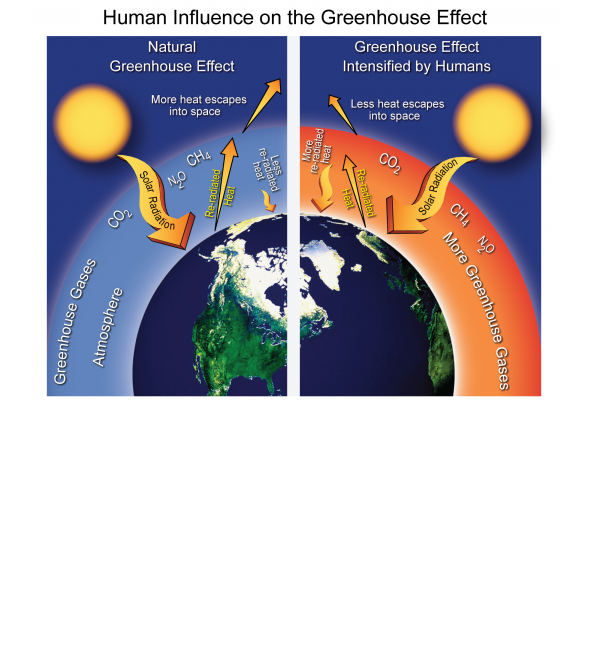 Left: A stylized representation of the natural greenhouse effect. Most of the sun’s radiation reaches the Earth’s surface. Naturally occurring heat-trapping gases, including water vapor, carbon dioxide, methane, and nitrous oxide, do not absorb the short-wave energy from the sun but do absorb the long-wave energy re-radiated from the Earth, keeping the planet much warmer than it would be otherwise. Right: In this stylized representation of the human-intensified greenhouse effect, human activities, predominantly the burning of fossil fuels (coal, oil, and gas), are increasing levels of carbon dioxide and other heat-trapping gases, increasing the natural greenhouse effect and thus Earth’s temperature. (Figure source: modified from National Park Service).