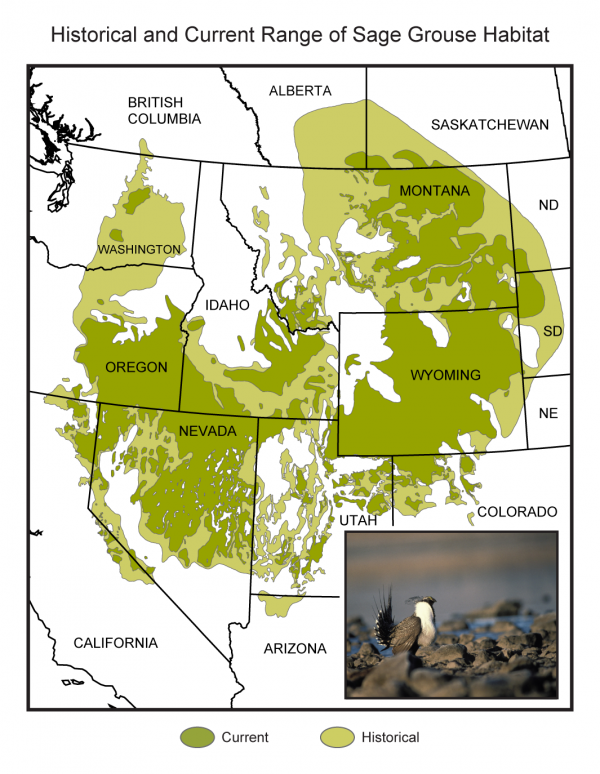 Comparing estimates of Greater Sage Grouse distribution from before settlement of the area (light green: prior
to about 1800) with the current range (dark green: 2000) shows fragmentation of the sagebrush habitat required by this species.
Over the last century, the sagebrush has been altered by fire, invasion by new plant species, and conversion of land
to agriculture, causing a decline in Sage Grouse populations. (Figure source: adapted from Aldridge et al.
2008. Photo credit: U.S. Fish and Wildlife Service,
Wyoming Ecological Services).