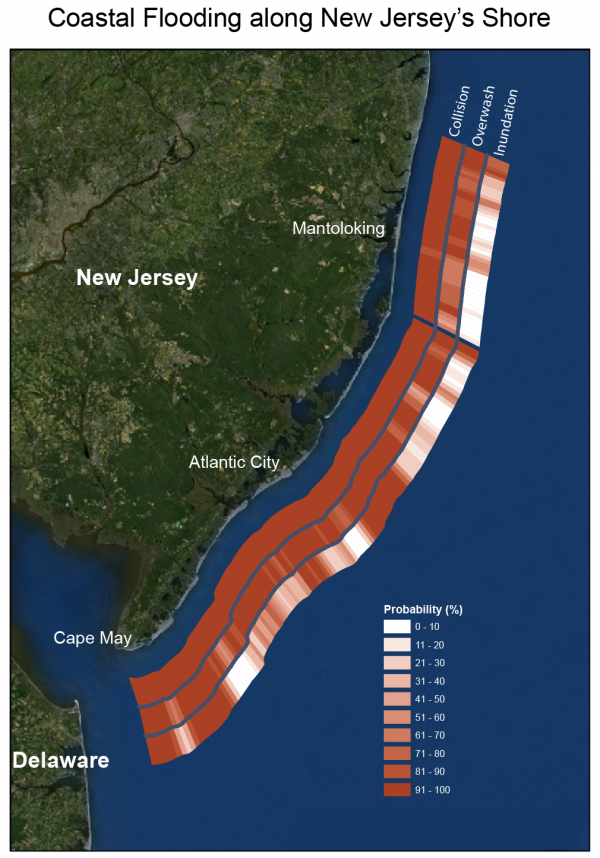 Predictions of coastal erosion prior to Sandy’s arrival provided the region’s residents and decision-makers with advance warning of potential vulnerability. The map shows three bands: collision of waves with beaches causing erosion on the front of the beach; overwash that occurs when water reaches over the highest point and erodes from the rear, which carries sand inland; and inundation, when the shore is severely eroded and new channels can form that lead to permanent flooding. The probabilities are based on the storm striking at high tide. For New Jersey, the model estimated that 21% of the shoreline had more than a 90% chance of experiencing inundation. These projections were realized, and made the New Jersey coastline even more vulnerable to the nor’easter that followed Hurricane Sandy by only 10 days. (Figure source: ESRI and USGS 2012).