Changing Forest Fires in the U.S. 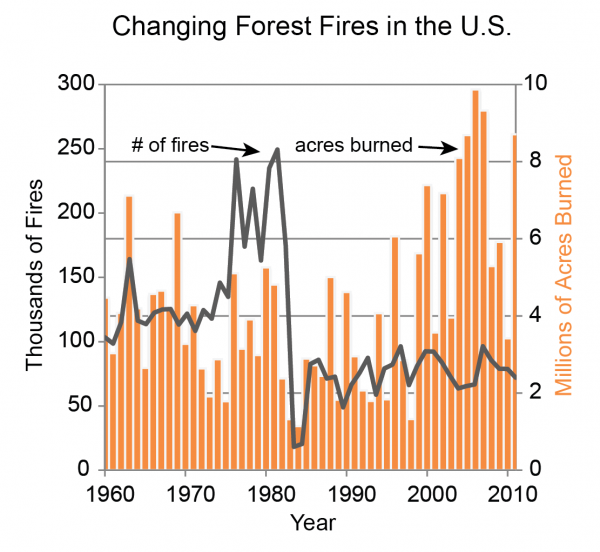 Although the average number of wildfires per year (black line) has decreased over time, the total area burned by wildfires (orange bars) in the continental U.S. (primarily in the western states) has nearly doubled since 2000 relative to the long-term 1960-1999 average (data shown are for 1960-2011). (Data from the National Interagency Fire Center).