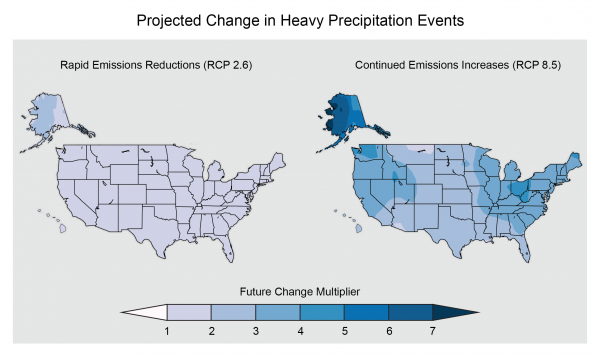 Maps show the increase in frequency of extreme daily precipitation events (a daily amount that now occurs just once in 20 years) by the later part of this century (2081-2100) compared to the latter part of the last century (1981-2000). Such extreme events are projected to occur more frequently everywhere in the United States. Under a rapid emissions reduction scenario (RCP 2.6), these events would occur nearly twice as often. For a scenario assuming continued increases in emissions (RCP 8.5), these events would occur up to five times as often. (Figure source: NOAA NCDC / CICS-NC).