The number of weather and climate-related disasters exceeding 1 billion dollars has increased in the United States since 1980.

The increase in Billion Dollar Disasters over time represents a combination of factors, including an increase in the magnitude and frequency of some kinds of hazards (flooding, extreme heat, a driving component of drought and wildfire hazards) and changes in the value and placement of assets and property.

From January 1980 through December 2021, the U.S. experienced 323 weather and climate disasters with overall damage costs reaching or exceeding $1 billion, including Consumer Price Index (CPI) adjustments, for each individual event. The cumulative costs for these 323 events exceed $2.195 trillion. 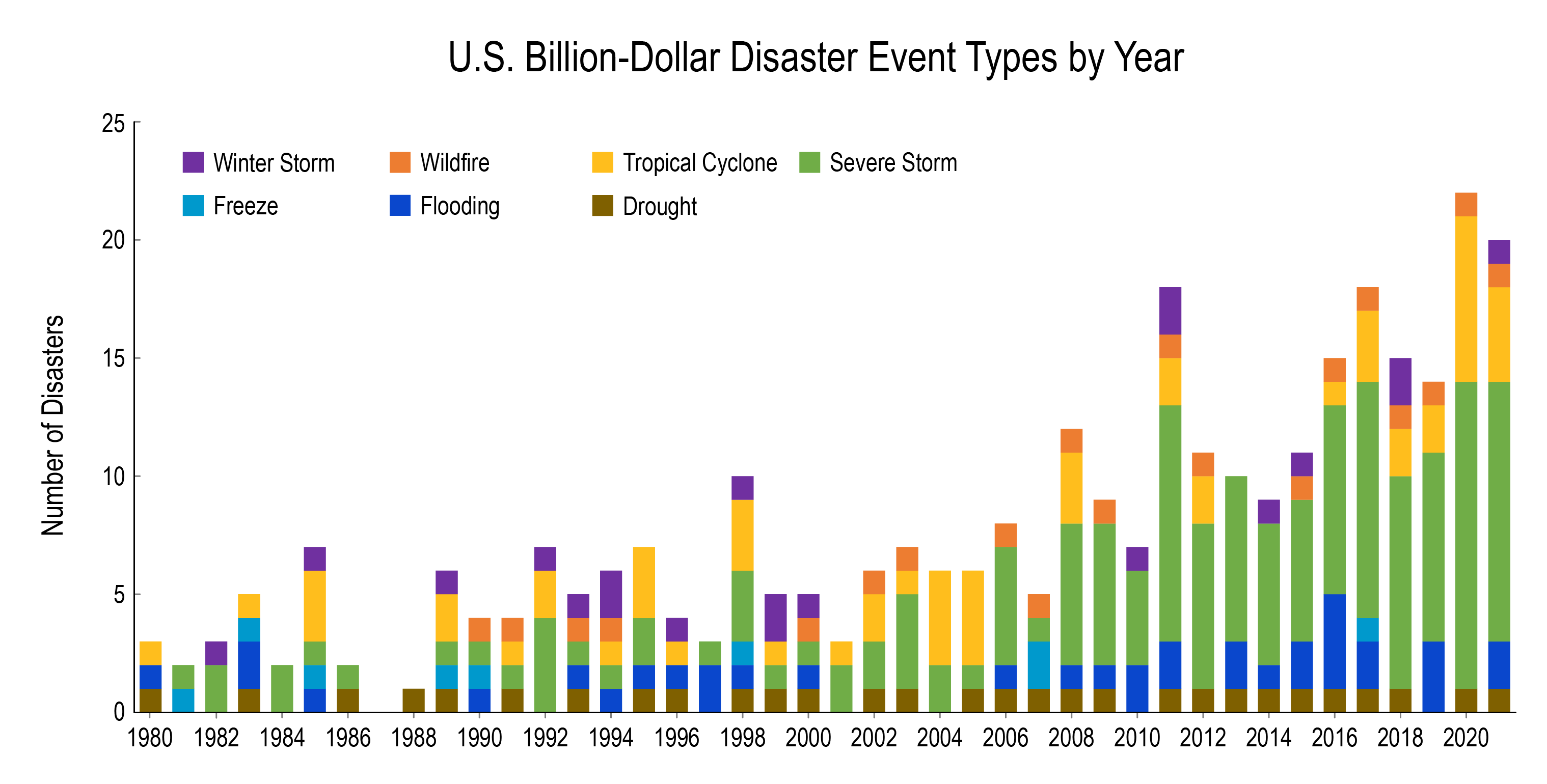 View Metadata
The bar graph shows the number of individual climate and weather events that caused more than one billion dollars of direct losses each year. The length of each bar corresponds to the annual number of events. These events are binned into seven hazard types, each represented by its own color.

The Billion Dollar Disaster indicator provides insight into the frequency and the total estimated costs of major weather and climate events that occur in the United States. This indicator compiles the annual number of weather and climate-related disasters across seven event types. Events are included if they are estimated to cause more than one billion U.S. dollars in direct losses. The cost estimates of these events are adjusted for inflation using the Consumer Price Index (CPI) and are based on costs documented in several Federal and private-sector databases.

In recent decades, the U.S. has experienced a rising number of weather and climate disasters that cause significant economic damages and societal losses. From 1980 to 2021, the annual average number of billion-dollar events was 7.7, including CPI adjustments. For the most recent 5 years (2017–2021), the annual average was 17.8 events.

The increase in population and material wealth over the last several decades are important factors for the increased damage potential. Climate change is also playing an increasing role in the increasing frequency of some types of extreme weather that lead to billion-dollar disasters. Most notably, the rise in vulnerability to drought, lengthening wildfire seasons, and the potential for extremely heavy rainfall and inland flooding events are most acutely related to the influence of climate change (USGCRP 2018). 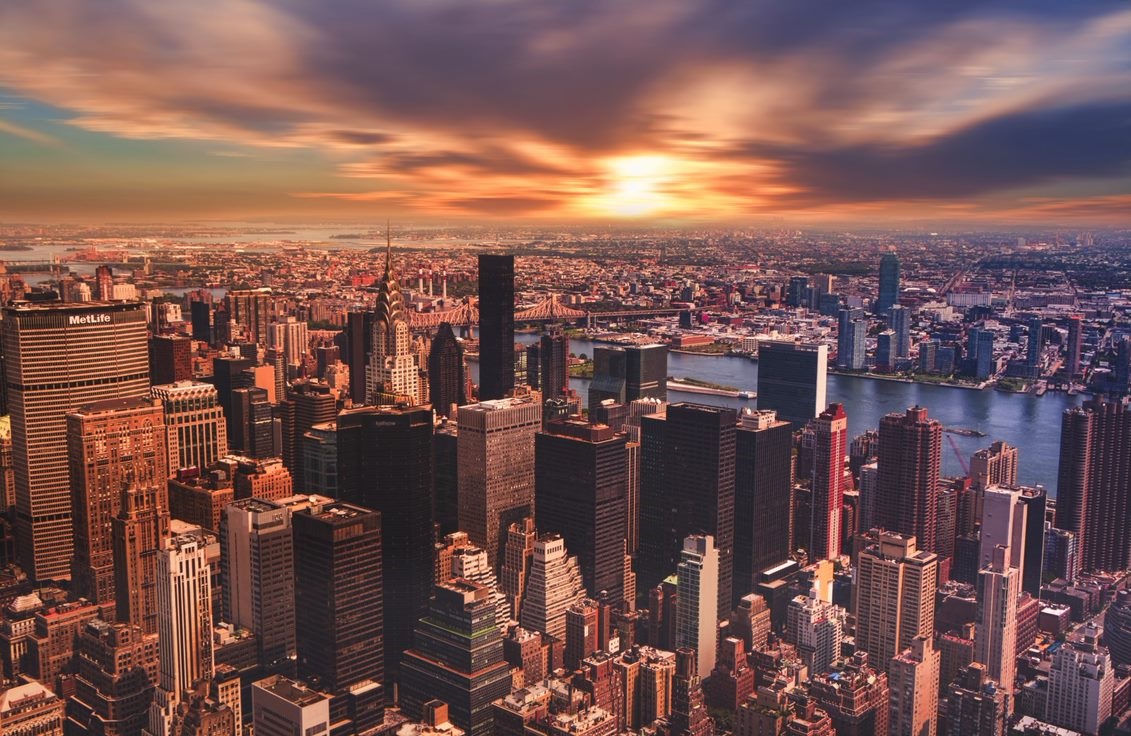