Posted
Carbon Cycle
The Second State of the Carbon Cycle Report (SOCCR2), released by USGCRP in November 2018, is a state-of-the-science assessment of the carbon cycle in North America and its connection to climate and society. Authored by more than 200 experts from the United States, Canada, and Mexico, SOCCR2 focuses on U.S. and North American carbon cycle processes and their interactions with global-scale carbon budgets and climate change impacts over the last decade.
The report includes an assessment of carbon source, sinks, and flows across atmospheric, aquatic, and terrestrial systems, including natural and managed ecosystems and human systems such as agricultural production. Responding to the needs of stakeholder groups such as natural resource managers, it considers relevant carbon management science perspectives and science-based tools for supporting and informing decisions in the context of a changing climate. SOCCR2 also evaluates the status of and emerging opportunities for improving measurements, observations, and projections of carbon cycle change in North America.
SOCCR2 underwent an extensive, multi-phase process of internal and external review from federal agency experts, the general public, and a panel of experts from the National Academies of Sciences, Engineering, and Medicine. USGCRP’s Carbon Cycle Interagency Working Group led the development of the report.
SOCCR2 is available at carbon2018.globalchange.gov. 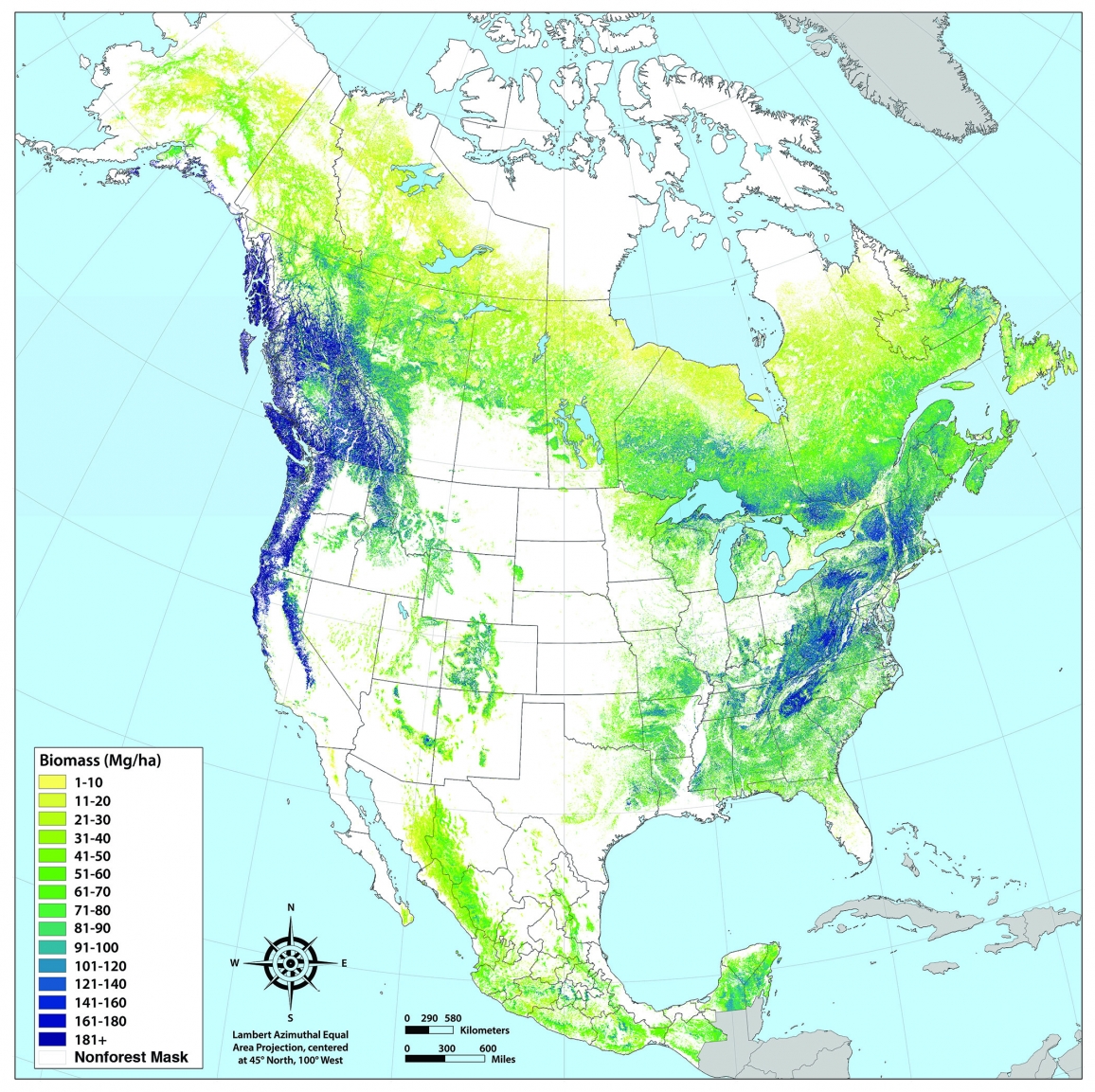 This image shows the distribution of aboveground forest biomass across North America, measured as milligrams of biomass per hectare (mg/ha). One hectare is equivalent to about 2.5 acres. This map combines four independently developed maps of biomass for Canada, Alaska, the conterminous United States, and Mexico. Source: SOCCR2, Figure 9.1.