A new research network aims to accelerate discoveries in the science of these important natural carbon sources and sinks.

Coastal wetlands provide protection from wind and waves, support habitats and fisheries, and store large amounts of atmospheric carbon dioxide for centuries to millennia. These ecosystems can also be sources of greenhouse gas emissions to the atmosphere; wetlands that do not have the capacity to keep pace with sea-level rise, for example, can erode and release soil carbon rapidly to the atmosphere. Freshwater and brackish wetlands also emit methane, a more potent greenhouse gas over its atmospheric lifetime than carbon dioxide. High uncertainty surrounding the spatial extent and vulnerability of coastal wetland carbon stocks, as well as the dynamics of carbon storage and release, limits our ability to project future behavior of these ecosystems. 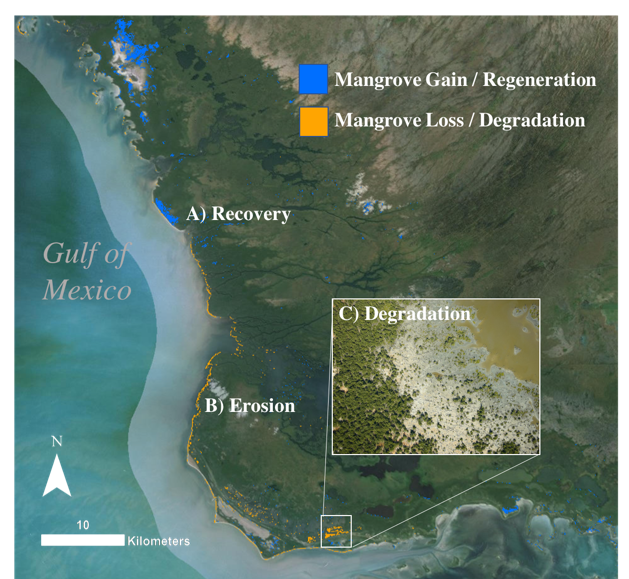