Since 2014, Jamaica has experienced one of its worst droughts in a decade, and the fourth worst on record since the 1970s. The drought has profoundly affected the agricultural sector: agricultural production fell by roughly 50% between 2013 and 2014. In response, Jamaica's Rural Agricultural Development Authority (RADA) and the Jamaican Meteorological Service (JMS), in collaboration with the International Research Institute for Climate and Society (IRI) and with support from USAID and NOAA, produced new seasonal drought-related forecast information for farmers. Combining information from the Standardized Precipitation Index and IRI’s Climate Predictability Tool, the tool forecasted conditions up to three months into the future.

Forecast information was then provided to hundreds of farmers across Jamaica by JMS and RADA during June 2014-June 2015, via farmer forums, text messages, extension agents, and direct contact with JMS. In doing so, JMS and RADA tested an innovative model for providing climate-information services to farmers, with potential for generating new insights relevant to delivering climate-information services for agriculture in different contexts.

In 2015, USAID and NOAA supported an economic-impact evaluation study by researchers from the University of Arizona of the information service. The study documents that agricultural-production losses of the farmers who received the information service were significantly smaller. More specifically, some farmers were able to prevent agricultural-production losses by up to 40%. This can be attributed to the coping strategies adopted by farmers in light of the information service: they adjusted planting and sowing time, choice of crops, harvesting time, amount of land cultivated, mulching practices, chemical and fertilizer use, and irrigation. 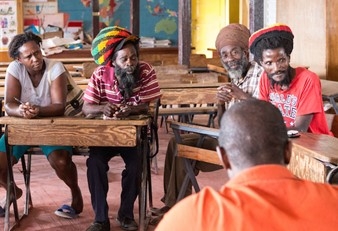