The Climate Education and Literacy Initiative, launched by the White House Office of Science and Technology Policy in coordination with USGCRP and many of its member agencies, helps connect American students and citizens with the best available, science-based information about . Efforts through the Initiative are increasing learning opportunities for students, equipping educators with science-based information and resources, enhancing climate-related professional development and training, and engaging citizens through informal climate education where they work and play.

As commitments in support of the Initiative, a group of Federal and non-Federal collaborators formed the #Youth4Climate coalition in advance of the 21st Conference of the Parties (COP21) to the United Nations Framework Convention on Climate Change in Paris, December 2015. Participants included NOAA, DOE, Connect4Climate, the Association of Science-Technology Centers (ASTC), the Climate Literacy and Energy Awareness Network, the Wild Center, Climate Generation: A Will Steger Legacy, Alliance for Climate Education, Earth Day Network, Climate Interactive, and other organizations. The program at COP21 included the U.S. Center-hosted “Our Time to Lead: Youth Engagement on Climate Change,” an ASTC, Universcience, and NOAA interactive video conference to engage young leaders from around the world. Many students and educators from the United States and around the world were at events in Paris, amplifying the need for progress back home and participating through social media, using the hashtags #Youth4Climate and #COP21 to bring their knowledge and enthusiasm to the climate discussions.

Participants in the Initiative have so far included hundreds of educators, thousands of students, and millions of engaged citizens. These leaders have reached tens of thousands directly through their work and countless more through social media and by delivering quality educational resources online and through other channels. 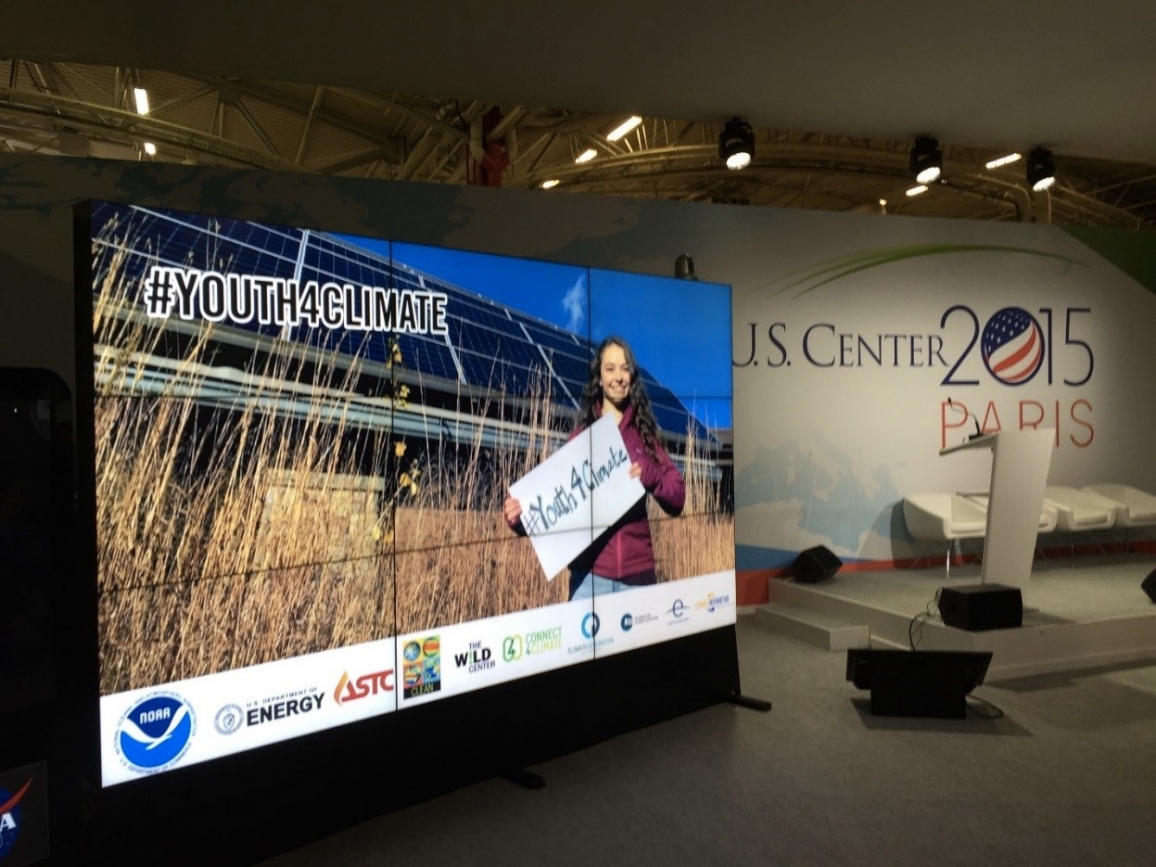 The “Our Time to Lead: Youth Engagement in " event at COP21 on November 30, 2015. As part of the Climate Education and Literacy Initiative, the event engaged young leaders from around the world. (Source: Frank Niepold, NOAA.)

Toward a More Climate-Literate America

Teaching Climate Where We Live