Analyzing the Rising Costs of Climate Change to Human Health

In April 2016, USGCRP released The Impacts of Climate Change on Human Health in the United States: A Scientific Assessment (Climate and Health Assessment), a significant advancement in understanding of the impacts of climate change on human health. It strengthens the finding in previous literature that climate change increases health risks for all Americans, that certain populations are particularly vulnerable, and that these threats are likely to increase as climate change progresses. In particular, an annual increase of thousands to tens of thousands of premature heat-related deaths in the summer, and a smaller decrease of premature cold-related deaths in the winter, are projected each year as a result of climate change by the end of the century. Other topics covered include weather and climate extremes, air quality, , water- and food-related issues, and mental health and well-being.

The Climate and Health Assessment is the product of more than 100 experts and eight Federal agencies and represents a major effort of the sustained National Climate Assessment process. The report was informed by input gathered in listening sessions, scientific and technical information contributed through open solicitations, and peer-reviewed literature. It underwent rigorous reviews by the public and by scientific experts inside and outside of the government, including a special committee of the National Academies of Sciences, Engineering, and Medicine. The three-year development was overseen by the USGCRP-coordinated Interagency Working Group on Climate Change and Human Health and was led by EPA, HHS, and NOAA.

A companion website, health2016.globalchange.gov, was released with the report. It allows users to explore and share the content of the report from desktop, tablet, and mobile devices and received over 36,000 visits in its first month. Integration with USGCRP’s Global Change Information System provides connection and discoverability of the 60 figures, 29 findings, and over 1,500 references contained in the report (Highlight 18). The Climate and Health Assessment products offer a wealth of data and knowledge to support decision making, ensuring that the information provided is accessible and readable by a wide audience. 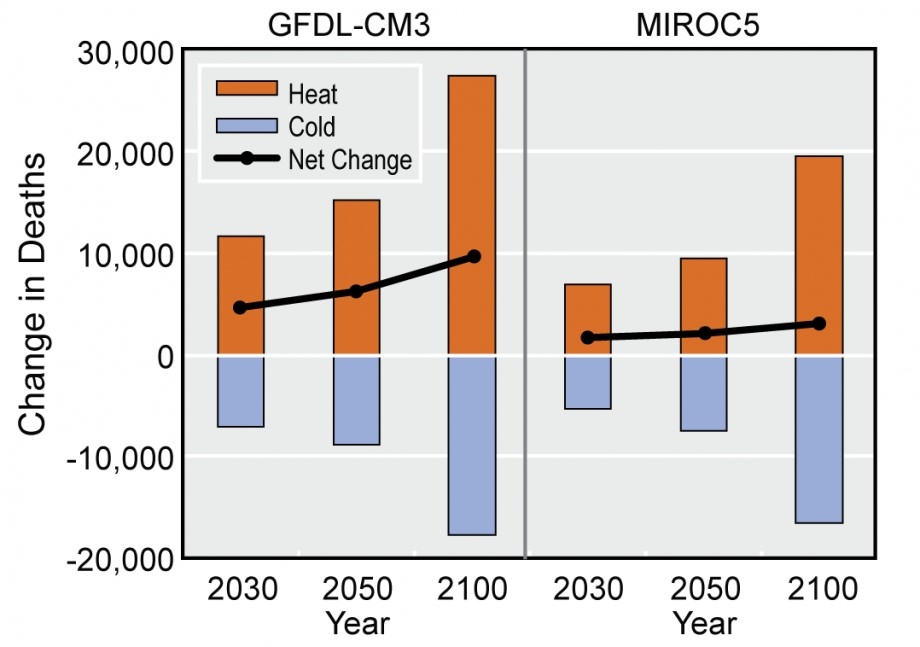