Overview
Indicators are measurements or calculations that represent the status, trend, or performance of a system (e.g., the economy, agriculture, air quality). USGCRP, with the participation of 9 of its 13 member agencies—NOAA, NASA, EPA, USDA, DOE, DOD’s U.S. Army Corps of Engineers (USACE), HHS’s Centers for Disease Control (CDC), DOI, and NSF—is leading an interagency effort to identify a system of physical, ecological, and societal indicators that will inform and support decision making about climate changes, impacts, vulnerabilities, and responses.

This system of indicators is part of the vision of the sustained National Climate Assessment process (described
in this section). It will include both current indicators and leading indicators (representing potential future states of the system), will be scalable for multiple levels of use, and will augment existing efforts where possible. For example, the system will leverage EPA’s 2012 Climate Change Indicators Report, developed in partnership with several other Federal agencies and organizations. Although the 26 indicators identified in this report are not an exhaustive group of all climate indicators, they are a select set of key measurements relating to greenhouse gases, weather and climate, oceans, snow and ice, ecosystems, and human systems. These indicators are based on peer-reviewed data from government agencies, academic institutions, and other organizations.

Research and Societally Relevant Outcomes
The system of indicators is currently under development with the involvement of over 150 physical, natural, and social scientists and managers making up 13 thematic teams. Each team is charged with developing a conceptual model and providing topical recommendations intended to lead to the release of a limited set of indicators on the Global Change Information System (GCIS, see page 16) in 2014, followed by the launch of a broader set of indicators in 2015. In support of this effort, NASA has invested in 14 research projects to develop and test new indicators of climate change that could be incorporated into future assessment efforts.

Climate change indicators have the primary goal of informing users about climate in the broader, interconnected context of global change, as well as the far-reaching impacts of climate change on the environment and society. The outcomes and products of this effort are designed to address questions important to multiple audiences—including scientists, analysts, managers, planners, policy makers, educators, and the public—in a conceptually unified framework. 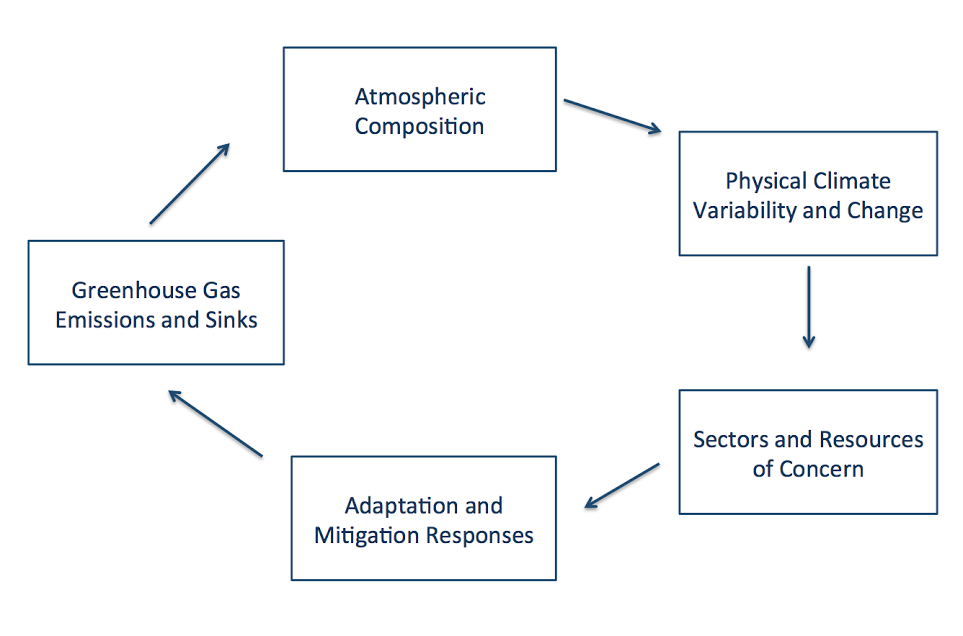 Tracking the impacts of climate change on agriculture